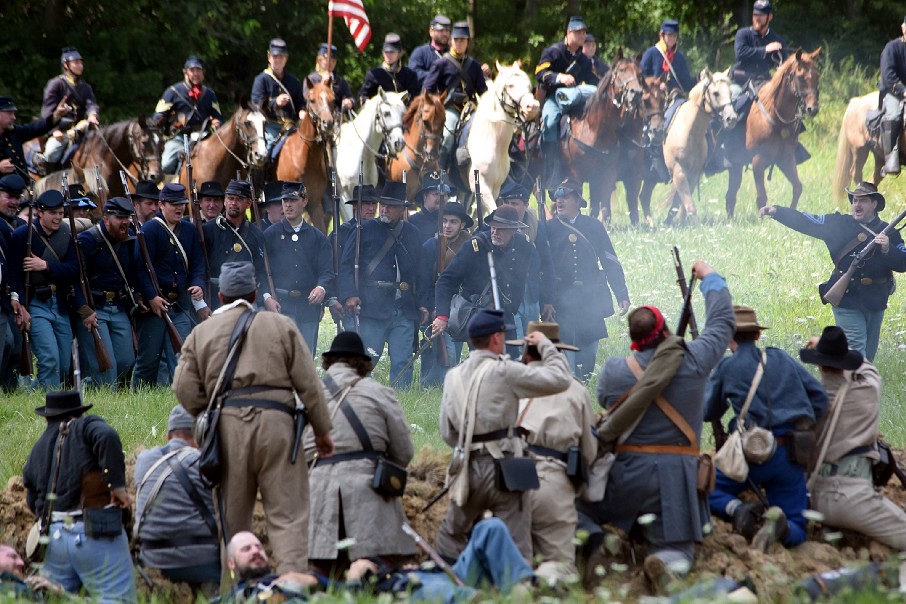 I’m sad for my country this 4th of July. I think that is unfortunate that so many people are in so much pain that we have become a country of two tribes. I have been shocked that there are so many people who feel so angry, disenfranchised, and threatened by the way things are unfolding in this collective we call the United States of America. And daily, it seems, we are becoming more and more the Divided States of America.

We are already in the midst of a Civil War. An “Uncivil” War to be more accurate. This is a war that is being fought on mental and emotional planes, more than on the physical — though physical violence is on the rise, too. We shout at each other daily with the potent weapons of insults and hate.

One would think that because I grew up in the South I would not be boggled by this type of warfare. Keeping black people down was a preoccupation by much of white society. Fear, hate, meanness, accentuation of differences, and even lynching bubbled beneath the surface constantly. Especially in the lower white strata who felt most threatened by a black family having the temerity to move into their neighborhoods. I knew Ku Klux Klan members.

But the current hate culture is worse. It’s out in the open. It’s not polite but venomous. The expression of the pain that the Trumpers feel is palpable and dangerous, egged on by leaders who have abandoned democracy for despotism. This is nothing new, of course. The current set of ideas are spawns of the strategy of political division hatched by the toadies that surrounded Richard Nixon in his effort to keep power at any cost.

Republicans have not, in my opinion, gamed out the likely consequences of the direction they want to take us. The backlash of a truly stolen election in 2024 and the embrace of dictatorship will be huge. It will dwarf the backlash now occurring over stolen women’s rights. A majority of us will not put up with the rule of a mean and nasty minority. Our current Uncivil War will intensify, and a major cleansing will be needed to repair the damage. The military may determine the outcome.

We on the left are pained and flummoxed by the pain of those on the right. We strive to understand, with the hope of unlocking the door that will turn the tide. And our own pain, especially among those whose ancestors came to this country unwillingly, remains unaddressed. We long for equal opportunity and the ability to pursue our lives in tranquility.

Even the pain of the most fortunate of us looms large behind sheltered walls and in gilded restaurants. The fear of the desires for equality of the “unwashed masses” results in their hoarding of resources and opportunity from the rest of us.

In addition, the reptilian brain and its quest for survival amidst the backdrop of a world that seems to be falling apart is making us all a bit crazy. There is no way not to notice that our very survival is at risk and that the next 50 years are going to be very difficult for our entire species. Especially for those who have to move to another country to avoid drought and rising sea levels. The forces currently at play, if taken to their logical outcome, are not in our favor.

A Glimmer of Hope

Is there a glimmer of hope? Of course. But we must be willing to dig deep and transform ourselves. We must, for example, begin to see that the survival of each of us is dependent on the survival of all of us. If there is nothing that the pandemic taught us, it’s the message of the oneness of humankind. The dinosaurs succumbed to a disaster, it seems, not of their making. The disaster looming on our horizon is one of our own making.

I advocate for a soft landing. One that will force each of us to examine, individually and collectively, who we are and what we really want. Unfortunately, we as Americans and as humans are not very skilled at such self-examination. This will require that we dig deep and open our hearts and minds to each other. It will require a commitment to societal peace rather than Uncivil War. A willingness to value our commonality over our differences. And leaders willing to be servant leaders rather than rulers and controllers.

The optimistic part of me thinks that perhaps what’s currently going is a good thing. That part thinks that the expression of rage is what is needed. That the voicing of anger in a public way is better than just keeping it tamped down in the national subconscious mind. Perhaps the recognition that we have hit bottom is the beginning of the desire for recovery ala Alcoholics Anonymous. The pessimistic part of myself is not so sure.

As long as the extreme religious right is intent on imposing its will on the rest of us and the extreme woke left insists that its values are the only way, the Uncivil War will continue. We need to grow up and heal this rift. If we don’t the energy around this conflict will drive itself deep down into our subconscious minds and will take generations to heal.

The adults in the broad middle must begin to insist on political maturity of its representatives and that those on the extremes grow up or risk be marginalized. Bullies cannot be allowed to run the show.

To live by the ideals of Jesus would be true Christianity. Encouraging harm to others and brandishing guns in church is not. His vision of humanity waking up to the notion that we are all God’s Children is my vision as well. Buddha’s lessons and techniques for transforming suffering into enlightenment are ones I have taken to heart. It will be by this way of living that we may survive

As for me, I will continue to repeat this mantra over and over when I take my puppy for a run — “Illuminate, elevate consciousness in my USA — North, South, East, and West”.

Blair Abee is an author, poet, newsletter editor and ordinary mystic. Check out his books at Amazon Books.