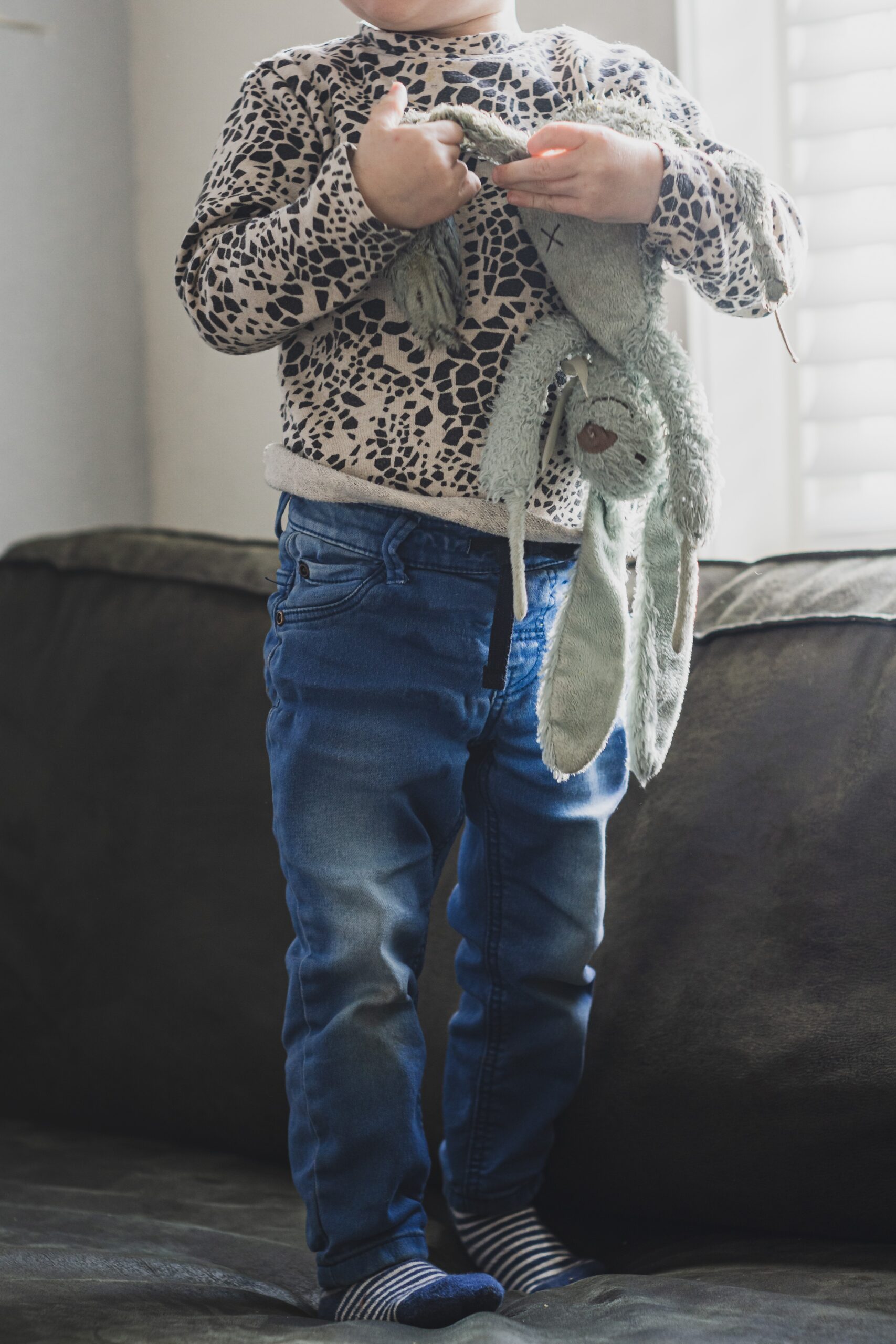 In the United States of America, we have been in a stupor for the past 4 years.  A stupor, a miasma, caused by making the mistake of choosing White, Male, Unconscious, Ego Gratification over the Competent Female Principal.  And Ego Gratification was never on display more than the attempted insurrection on January 6.  A bunch of adrenaline addicted men (mostly) intent on trying to keep Ego Gratification in power.

Trump is not the most significant cause of this attempt to stem the tide of history, but more a metaphor for the longing to stay “top dog”, and the willingness to use any means to maintain the status quo.  But the world is moving on.  This was the last, futile attempt to keep us all enslaved to the human ego/body/mind’s desire to run things.  To use worn out methods to manipulate for the maintenance of power of the status quo at the pivotal point in history when the Age of Aquarius is being launched.

What Is the Real Dilemma We Face?

Some think the problems we face are racial or political division or climate change or economic inequality or….. you name it.  And, while all of these are significant, compelling, even existential problems they are more symptoms than the true cause of our dilemma as humanity.  They are problems that stem from the fear and selfishness that we as human beings are prey to.  Caused by our humanity it itself.

We are, on the one hand, human animals, subject the same “dog eat dog” impulses as the rest of the animal kingdom.  We are indoctrinated from the time we emerge from the womb (I would say brainwashed) to believe that this is the only reality there is.  Beings driven to survive at any cost, with a thin veneer of culture, civilization, and politeness added in.

Look around.  What other explanation can there be for the shape our world is in?  It explains the list of problems and others mentioned at the beginning of the first paragraph of this post.  In fact, we misbehave with each other much more than almost any other species.  And our vaunted human minds can excuse anything.

Simultaneously, on the other hand, we are spiritual beings (I like to say Eternal Beings) living in an amazingly complex bio-mechanical vehicle. Connected, in an exquisitely profound way, to each other as sisters and brothers on a most gorgeous planet. Beings with a Higher Consciousness that stays mostly in the background and about which very little is said, even among the those who practice our mainstream religions.   It’s unfortunate that we are not taught, that we don’t teach ourselves, about this element of our makeup.  Mostly, because we don’t know.  Almost nobody knows about the depth and breadth of our magnificence.

But more are learning every day because this is the inevitable direction of our evolution.  Our growth as Sparks of The ALL.  We will reach a tipping point at some point in the future, when enough of us are ready, for a Planetary Growth Spurt to occur.  For love to replace hate and light to replace darkness. Not sure it will happen in my lifetime, but maybe in my next one.

Taking the High Road of Evolution

It is clear to me that those that evolve the fastest, those who realize their Spiritual Selves, Homo Spiritus, the earliest will benefit from the change the most and be negatively affected by the change the least.  And, unfortunately, there will be those who will lag behind and will be bewildered by the shift.

The distance we have to travel is great.   If you have, unfortunately, grown up in the United States of America as a black or brown person in one of our many barrios/slums/ghettos your outlook for a life of well-being and creativity is bleak.  Your vibrational frequency tends to be rather low and your thoughts about yourself, others around you, your opportunities for escaping your circumstances are few.

The same is true in the ghettos of the rich and famous.  While material goods may be more readily available and entertainment opportunities for distracting and not caring much for those who don’t have your same circumstances are many, the desert of the Soul is the same. The real richness of life on Planet Earth is no closer here than for those at the lower end of the socio/economic scale.  Peace of mind, joyfulness at the beauty all around, including the beauty of one’s fellows, love and compassion and appreciation of the sacredness of all that surround is sparse everywhere.

And will stay so until we grow and evolve out of ego identification and the vibration of the cave dwellers.  We suffer and fear at the altar of the human personality.  Of not knowing that we are Eternal Beings of Higher Consciousness.  However, the Transformation that is needed is under way and will continue until it is fully unfolded.

There are an increasing number of people who know and will share what they know with those around them.  They will no longer be derided as “woo woo” but valued as trailblazers.  At some point the 100th Monkey syndrome will take effect and there will be a flip.  We will realize that we will not ever go back to the 60s, or the 90s or the 2000s, and that we don’t really want to go back to those times when we were immature and asleep.  In our little cocoons of ignorance.  Asleep to the fact that the butterfly was only a few breaths and a flutter of wings away.  Hail butterflies.

This is the High Road.  The path that leads to World Citizenship and the assumption of Citizenship in the Solar System, the Galaxy and The ALL.  The full maturity of the species which has been “within” all along, as our Master Teachers have said over and over.

In the United States we are taking a large step forward.  Our new president has a big heart, unlike the hard heartedness of his predecessor.  Our new vice president, Black/Asian and proud, will be the most powerful vice president in our nation’s history in her position as tiebreaker in the Senate.  People have never been more ready for change, having been participated in national darkness and dysfunctionality for four long years.  We celebrate, even though the pandemic rages.

New conversations are ready to be had among the majority of Americans.  Conversations that have been begun in the midst of darkness.  Conversations about inequality, neglect, denial, suppression, exploitation that we have not been willing to have since before the birth of our nation.  And we’ll also need to discuss how to deprogram a whole generation of people whose despair arose from their racial privilege.

Many of our institutions have been tried and found wanting, in need of rebuilding on a firmer footing.  Many of our habits have been found to be somewhat vacuous and lacking in substance.  This last year, especially, has been difficult.  Yet compassion and spontaneous unselfishness have sprouted up everywhere.  Being at home and learning to relax there has been rediscovered.  Parents and children have bonded like never before.

Conclusion.  Acceleration Through Being Quiet

Meditation has joined yoga as Eastern spiritual practices that is ripe for the times.  And ripe for the Times.  My new Higher Consciousness Meditation (HCM) system is right for the times.  Many people don’t have the discipline or desire to spend many years to train their minds to the point that our mind isn’t the dominating force in our lives.  With HCM we bypass mind training and go right to establishing Soul Contact, so that Spirit can predominate.

Sitting down and doing HCM for 5 minutes, twice a day, and employing mindfulness meditation exercises done in 6 second bursts several additional times a day is sufficient for rapid change in our State of Mind to occur.  For Spirit to begin to move with some frequency in our lives.  For the Higher Consciousness characteristics of love, joy, peace, compassion, and more to begin to dominate in our human behavior.

Check out my books on Amazon, my Daily Vibe on Facebook and Instagram, my HiCMeditation.com website.  There are some great tools to use to get started or to accelerate your current spiritual practices.

What do you think?  How do you like this approach to doing healing work outside of your family?  Are you interested in trying it out?   Leave your comments below.