Ukraine: The New Epicenter of Democracy. Thank You, Thank You Thank You 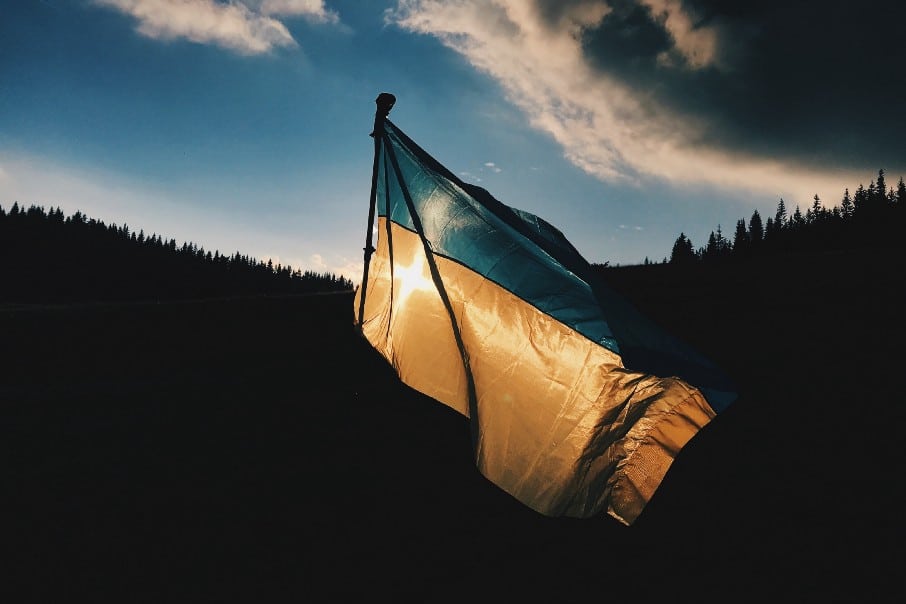 The Ukrainian desire for self-determination is indomitable. Against what was described as one of the world’s finest military machines. Fortunately, the Russian army has proven to be nothing more than a bully, an empty shell of what was feared. And the Ukrainians have been amazing in their ability to defend themselves, with the help of the rest of the world.

The Spirit of the Ukrainians have inspired us all and we owe thanks to them for at least the following four lessons that we can learn from.

1. Self Determination is a Precious, Fragile Thing

Self-determination is precious beyond compare. Once tasted the desire for freedom from domination by another group whose desire is to repress and destroy that freedom is enormous. For the most part,, people prefer democracy and a chance to participate in their own governance.

Yet democracy is fragile. It can be swept away by bullies from without who are bigger and more powerful. And it can be swept away by bullies from within. Putin and his military are a good example of such a bully. Bigger, stronger, “badder”, and intent on having their way no matter how evil they have to become to do so. And Russia has a history of terrible leadership of a kind that stretches back centuries from Ivan the Terrible, to Katherine the Great, to Lenin, to Stalin, to Putin.

And bullies in the United States came very close to turning this country into a dictatorship of a similar type. And are still trying to do so. Attempting to gain power by any means. A minority bent on imposing its will on the majority and willing to throw away our 250-year-old democracy in the process.

If we lose our individual and group self-determination, a titanic struggle will ensue to get it back. But the levers of power will be in the hands of the ruthless. It will require an internal battle of the fierceness kind and determination of the Ukrainians are showing to resist being overtaken.

2.  Perhaps the End of Imperialism is Upon Us

Imperialism is defined as a policy or ideology of extending the rule or authority of one country over other countries. While historians argue about when imperialism began, groups of humans have been trying to rule others by force for as long as one clan wanted the hunting grounds of another. Prewritten history, certainly. The imperial empires of Genghis Khan, the Roman emperors, and British monarchs are among the most memorable.

The attempt by Putin, which seems destined for failure, to extend its authority over Ukraine may be the last such attempt. I certainly hope so. As a species, the desire for such domination may have run its course. Not that there won’t be attempts by individuals with a lust for power and “glory” in the future but the ground will be less fertile.

The arc of history may be bending toward a more humane, cooperative humanity. Especially in the face of the challenges that are in our near future: global warming and the attendant natural disasters that have already been set in motion, famine and food shortages in all but the most developed of countries, and COVID type diseases that will require annual or semi-annual vaccines, to name a few.

Volodymyr Zelenskyy, and his team, have taken our breath away in their ability to lead and inspire a nation and a world. Such leadership is rare but is based on one fundamental premise. A desire on the part of the leader to serve all of his/her constituents with full attention to their needs.

This type of leadership is called, in circles of those that study such things, “servant” leadership. The Center for Servant Leadership uses this definition: “A servant-leader focuses primarily on the growth and well-being of people and the communities to which they belong. While traditional leadership generally involves the accumulation and exercise of power by one at the “top of the pyramid,” servant leadership is different. The servant-leader shares power puts the needs of others first and helps people develop and perform as highly as possible.”

Zelenskyy does all of these, it seems. Such leadership is sorely needed in these times. In any time, for that matter. And if governance is performed by the right kind of leaders the outcome can be almost magical. It gives credence to the sometimes empty saying, “You can do anything if you put your mind to it”.

4.  The Seeds of Desire to be Free are Being Planted by Ukrainians All Over the World

Literally.  Nearly 5 million freedom-loving Ukrainians are being disbursed all over the world carrying the seeds of their desire for peace and freedom. Many will eventually return but they will impact their host communities immeasurably in the meantime. And some will not return as they find a new home wherever they are welcomed and nurtured.

Ukraine adopted a democratic constitution in 1996 but it wasn’t until 2014 that they overthrew their elected but autocratic leader, Viktor Yanukovych. It’s only been 8 years since they have tasted what a free society is like, and it appears they will stop at nothing to prevent being put back into that box. Perhaps their example will prove to be “an idea whose time has come” to other countries flirting with a drift toward authoritarianism. Including the United States.

As we look forward to the end of this war, likely to be a near-complete victory for Ukraine, there will be the issue of helping Ukraine put itself back together. Cities like Mariupol, which is almost completely destroyed will have to be totally rebuilt. This will require funding and cooperation from all the countries now contributing to their survival and then some. This will not be an easy task and will require a sustained cooperative international effort. A precursor to what will be needed to address the other major crises facing us in the near future (see above).

In the meantime, Putin will be gone sooner or later and will be relegated to the ash heap of history where the bones of Hitler and Pol Pot are buried.

Blair is an author and poet who has written 5 books on meditation, manifestation and similar topics.  Here’s the link to his Higher Consciousness Meditation series:  LINK.