My Story:  Using Meditation to Recover from a Traumatic Experience 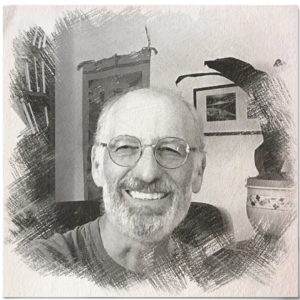 I developed Higher Consciousness Meditation, a new, easy, quick, powerful type of meditation, and the ideas for the books in the Higher Consciousness series, as a way to recover from a traumatic experience. Several years ago, I took a major promotion and moved my family across the country at my own expense, only to find myself in the worst dilemma of my twenty year business consulting career. The person in charge was severely incompetent, running the program into the ground, and abusing employees and our community college was not paying attention to what  was going on.  I blew the whistle on the situation and she was eventually fired.

Unfortunately, I was also fired as a “trouble maker” only weeks before becoming tenured, took early retirement and began to reinvent myself.  To maintain my sanity during this difficult time I took a deep dive into my meditation practice and came up with nuggets of gold that I decided to share with people like you. The Higher Consciousness book series (I anticipate writing a total of five or more volumes) is the result.  The series is intended to help people explore their own Higher Consciousness, as well as to grow, evolve, become more peaceful, and cope better with this crazy world of ours.

I am an explorer who has discovered a variety techniques, tools and ideas that I think you will find useful in your own personal development.  Here’s an example of what I mean. From one perspective each of us has a unique story in which we are born, live and die as three dimensional characters here on Planet Earth.  Simultaneously, we are also Five Dimensional Beings having an Eternity experience in a human body on a planet that is a challenge to master and which gives us an opportunity to grow and evolve into Universal Citizens. Let me explain further, using myself as the example.

Version One:  The Human Being Version

Version Two:  The Spiritual Being Version

My Mission is to offer tools, tips and triggers to help people experience their Eternal Beingness