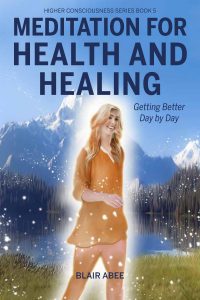 Chapter 5.  6 Ways to Create a Healthy Home   from Meditation for Health and Healing Meditation, Book 5

One of the things my wife Lynne and I have focused on in the past 20 years is creating a healthy home. A healthy home that promotes well-being, elevated living, and healing for us.  She is especially good at this and has been able to do various things to create an elevated vibration in each of the homes we have lived in, and works on this continuously day by day, week by week, year by year.

In this post will discuss the things which you can also use to create a healthy, invigorating place to live that will uplift your sense of well-being and support your growth and evolution.  Few are very expensive.  Most are very easy to acquire and implement.  But things that can make a big difference in the way you feel and the quality of your life.

I’ve come to realize how important this is.  That a home has a vibration based on many things including location, design techniques, use of materials and furnishings, and the mental/emotional, physical/spiritual state of mind of the people  and other animals living there.  And that an individual or a group/family can intentionally increase the vibration in some of the ways mentioned below, including the contemplative practices of the people living there,

This higher vibration contributes to the well-being of the people living there if done with consciousness and intention.  One of my key messages in my writing is the notion that by increasing the rate of our vibration we increase the state of our awareness, with profound implications in every area of our lives.

Lahna Deering of the musical team Deering and Down in the PBS documentary “Sun Studio Sessions” said “Sun Studios is a power spot.  And has an incredible vibration.  Like the pyramids.”   What a great way to say the obviously obscure, every place has a vibration, its own vibration, special to it.  Some places are power spots and she was saying about Sun Studios that so many incredible musicians had come through Sun Studios to record and that they had left a vibrational part of themselves there.  That the sound had just soaked into the walls.  And was palpable.

I spoke of this idea of vibration of place with my acupuncturist/healer Joel at one of my session with him.  I told him how appreciative I was about the high level of vibration he maintains in his office, stimulated by the things he does to elevate it:  spiritual music, essential oils in a diffuser in each room, the furnishings and Buddhic art, the cleanliness and orderliness of the space—a very conscious space to be in.

While he was sticking his needles in just the right places,  I asked if he thought the efficacy of a treatment moment can be enhanced by a patient doing yogic  breathing. “Absolutely,” he replied without hesitation, “But so few even know about such things, much less use them.”  I told him what I had been doing since I arrived in his office, using my Sacred Breathing technique.  “On the inhale, say ‘Illuminate’, on the exhale say ‘Elevate’ at the end of the exhale, a pause and say ‘OOMMMMM’”.  “That’s great he replied, Keep doing it”.

“I will” I replied. “I think it raises my vibration and I think that can enhance the treatment you’re giving me “ “There ya go”, he replied and continued his needle twirling.  I was “high” for 24 hours, and my back, the reason for my visit, felt great.

Not that you would want to recreate Sun Studios in your home or an acupuncturist’s office, but it is useful to observe that every place has a “vibe”.  It’s helpful to know that and work to make your home have the vibe you would like to have it have.  The higher, purer the vibe the healthier the home.

Start from Wherever You Are

A higher rate of vibration can be achieved in any environment, from a one room studio to a sizeable and fancy structure.  Intention, creativity and some of the methods discussed in this chapter can turn even a mediocre environment into something life affirming. Start from wherever you are and consider some of the following techniques.

Appeal to Your Senses; Starting with Hearing and Music

One of my favorite healthy home techniques is to use music to charge the atmosphere with “Good Vibrations” as the Beach Boys used to say. Music been used since humans began drumming with bones on hollow logs in our caves to ward off demons, sing songs that became their oral tradition and put themselves in trances of wonder.

Of course, there’s music and then there is Music (capital M), which I like to call Sacred Music.  Music that has a transcendent quality, a series of sounds that can stimulate my Spirit and create an experience of elevated consciousness.  Sacred Music has a quality that can cause us to vibrate at a similar rate to it.  Steven Halpern, one of my favorite musicians making Sacred Music, has focused much of his creativity on making music that has a healing quality to it.  Music that generates vibrations that cause the body to vibrate in such a way as to improve health and well-being.

To quote Steven’s website, “Sound Healing is an umbrella term that focuses on the intentional use of sound and music to support the natural healing energies of the ‘human instrument’. Sources of sound healing include instruments, voice, metal and quartz crystal bowls, tuning forks, drums and computer-based frequency generators.”

In our house we often listen to music from Deva Premal, and the “Deva Premal Station” that we have set up on Pandora.  It has an exceedingly high vibration, being largely Hindu mantras, repeated phrases and verses about various elements of God.  In Sanskrit, the sacred language of the Hindu religion.  Deva Premal’s voice  just lifts me up.  Into the Spheres, sometimes, and other times is just playing in the background and enlivening the entire room I am in, doing whatever I am doing.

In the PBS Nova episode “How Smart Can We Be” the brain of Einstein was shown to be different from the average brain in several ways:

This interesting for several reasons:

Music can be a support tool for Higher Consciousness.  Consider what vibrational quality you want your home to have and choose music that supports your intention.  Heavy metal, sweet soul music or Sacred Tunes.  Try them all, I suppose, but focus on Sacred Music.

Furnishings:  The Backdrop of Our Lives

How we decorate our homes and the furnishings we use can also contribute much to our well-being.  A home with a consciously constructed set of surroundings, and tools, and conversation, and music intended to vibrate at a high rate to be a upliftment for our Beingness.

I’m going to quote my wife again, “Home is an ecosystem all its own.  With its own  individual, unique nature and gestalt.  That’s what I’m going for”.   To which I replied, “And you are so good at it, too.”  And she is.  In every home we have ever lived in together, she has managed to create a Home out of a house.  A “soft place to fall”, a nice place to be. As we sat there chatting, I squinted and gazed out with soft eyes taking in the essence of all that I was observing, a shift in consciousness, a new way of Seeing.  There was something beautiful in every direction I looked.

Some of our furnishings include:

We also have some specialized furnishings that are intended to, again, raise the vibration of our surroundings and soothe our senses (and can be found at my website:  HiCMeditation.com):

About 30 years ago I took a class from an older Chinese gentleman (whose name I don’t remember) on the subject of Feng Shui.  A renowned Feng Shui Master, he taught in Chinese and had an interpreter.  I have been a student of the art ever since.

Feng Shui translates as “wind” and “water” and is a philosophy and a practice of looking at our living spaces and working environment and striking a balance with the natural world.  This concept derived from an ancient text that speaks human life being connected and flowing with the environment.

It’s the art of arranging rooms and the furnishings in rooms to achieve balance and a harmonious flow of “energy” inside of a home.  It has been used for many years in the East to design buildings and homes to have the optimum impact on the occupants of these spaces.  Fung Shui is a particular design discipline that takes training and experience to practice well.

Oprah Winfrey, Madonna, Bill Gates, Julia Roberts, Tommy Hillfiger, Steven Spielberg and Deepak Chopra, among others, swear by Feng Shui.  We had a Feng Shui expert do a “report” for our house in San Diego some years ago, and we applied the principals to each of our homes since then.  All I can say is that it works.

There is much more that could be said about each of these subjects and their impact on our lives.  But that is not the topic of this book.  I would be remiss if I didn’t also mention a few more things before moving on.

I adhere to the maxim that “to cook is to cook yourself into the food”.   Something     we learned from Nirmalananda at our cooking class at the Integral Yoga Institute in San Francisco many years ago.  Meaning, the vibration of the cook is cooked into      the food.  The degree of awareness and excellence that I can unfold in the process of food preparation lends to the food’s nutritious-ness.

She’s the best dog we’ve ever had.  And that’s saying something because we’ve had some good ones.  Cecil and Stinson most recently.  Border collie smart and as sweet and she can be.  Even the mailman loves her.  And she would go home with him in a flash.  They bless our lives and contribute to our Healthy Home.

Cleo and Jasper are young’uns by comparison, 5 and 2 years old respectively.  Queen Cleo and “Sweetie” Jasper.

Fortunately, meditation offers a peaceful, non-violent way to accelerate the awakening.  Even more so, to the truth of who and what we are, Eternal Beings unaware of our magnificence and the benefit of Higher Consciousness which all of our Master Teachers have said we possess.  Meditation will contribute to a Healthy Home.  Meditation will contribute to a Healthy Planet.  The dinosaurs perished from an unhealthy home by forces  not of their making.  We may due to one of our own making.  One that will allow us to continue to evolve and grow and thrive, instead of perishing in our filth, literally and metaphorically.

Our Healthy Home store (see the tab on the home page of our website:  HiCMeditation.com) offers a number of products mentioned in this chapter, including specific recommendations of ones you can purchase for yourself.  Thanks.

This is a chapter of my upcoming book, Meditation for Health and Healing, due out in the Fall of 2022.  Subscribe to our blog and we will keep you posted.